A map and satellite image of the route of the walk, courtesy of Sandro Bugeja.

And some photos below, courtesy of Silvan Mugliett. 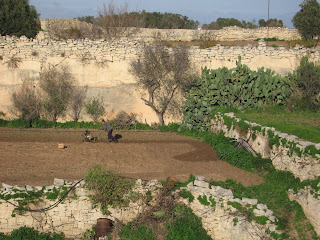 Agriculture in a reclaimed Quarry, Qrendi 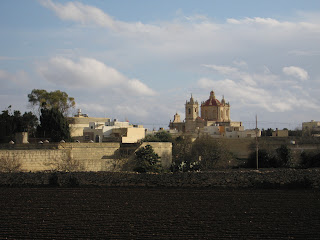 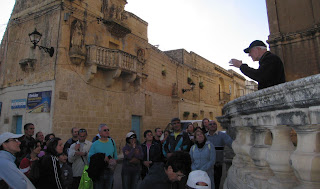 Preaching to the fathful 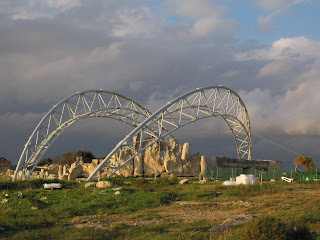 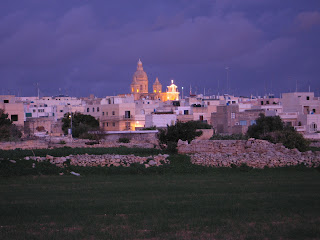 Returning to Siggiewi
Posted by Ramblers Association of Malta at 22:51 No comments:

Enjoying a walking supper as the sun sets

Above: The exquisite beauty of Il-Blata tal-Melħ, close to Baħrija. Below: Green pastures in the lean winter months. Photo: Malta Ramblers Association.

"By sunset we are wending our way across fields of wild thyme. The aroma is sensational. I crumble some on my salmon sandwich. Beat that for a walking supper.

"The sun plops into the sea and we return to Mellieħa to find a free rock festival in full swing..."

This is the sensuous manner in which Nick and Liz Hallissey describe - in this month's edition of the magazine Country Walking - the walks they enjoyed tremendously in Malta during a recent three-day visit.

With a circulation of 120,000, the monthly magazine is distributed in the UK, Europe and the US.

The Hallisseys, who were guests of the Phoenicia Hotel in Floriana, were accompanied on their walks by members of the Malta Ramblers Association, among them Lino Bugeja, Romano Cassar and Annalise Falzon.

The authors wax lyrical about country walks during the lean tourist months as they recall the breathtaking and awesome sites they have been to, such as the Blata tal-Melħ, close to Baħrija Għar Lapsi, Binġemma, Dingli cliffs and the Victoria Lines, which they liken to "Hadrian's Wall with sunshine".

The authors write that the brave little island is now fighting yet another battle in its tumultuous history, this time to win the hearts and minds of walkers.

"If they (walkers) can look beyond the lack of creature comforts and focus on the magic moments Malta yields, they can help the locals turn this rough diamond into a real gem," the Hallisseys wrote.

Ramblers Association president Lino Bugeja said when contacted that this type of exposure puts more responsibility on the association so that the impetus it started three years ago is maintained.

"Through such publicity, the Malta Tourism Authority and those responsible for opening up the countryside and the coastal zones will, hopefully, realise the importance of rambling as a tourist attraction," Mr Bugeja said.

The action by the Land Department to clear public areas that had been taken over by third parties is indeed most welcome.

Ramblers hope that further action would make more of the countryside accessible to the public, to whom it belongs, Mr Bugeja added.

Posted by Ramblers Association of Malta at 20:49 No comments:

Some photos from today's walk, led by Romano 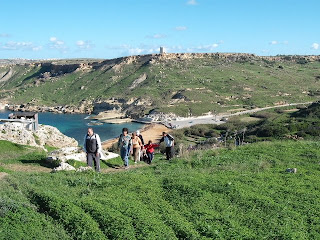 Climbing up from Gnejna 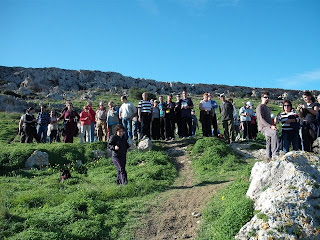 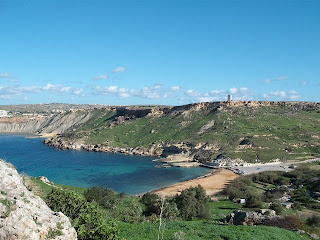 Gnejna on a winter's day 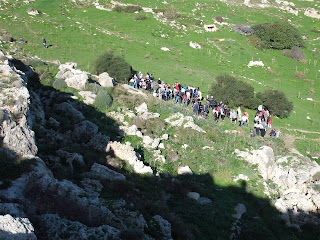 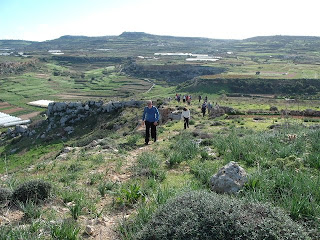 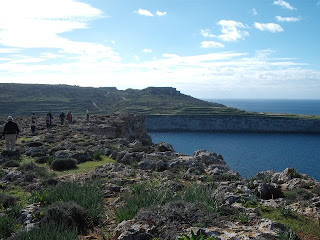 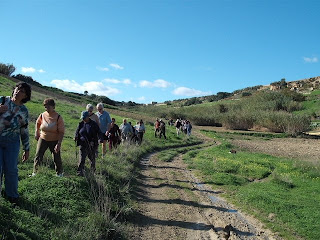 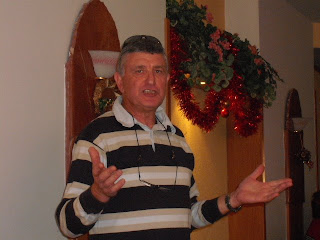 Our secretary addressing the multitude (at lunch)

Posted by Ramblers Association of Malta at 20:50 No comments: